To clear the air, city will plant more trees in east Hamilton 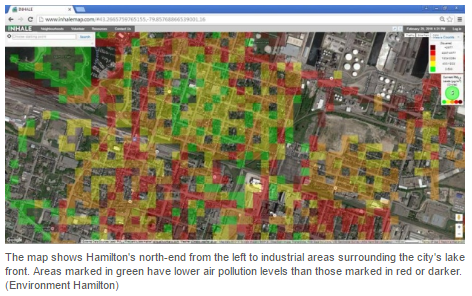 It's a simple solution:

Take the nearly $400,000 in environmental pollution fines that ArcelorMittal Dofasco paid after violating air quality standards in 2012, and use that money to plant trees in east Hamilton, where neighbourhoods were most impacted by the pollution.

That will add to the city's existing tree-planting program, on public thoroughfares, parks and individual homes.

"The goal is very simple: Trees mitigate air quality issues" said Coun. Sam Merulla, who proposed the plan that city council will vote on on Wednesday night. "The focus is to get as many trees planted as possible."

With $400,000 to spend, the city's urban foresters estimate they could purchase, plant and water 981 trees in wards 3, 4 and 5 in the central and east lower city — depending on species.

If the trees were planted in parks instead of along streets, the city could plant about 836 trees.

That would make a dent in the number of trees the city has removed in the past tree due to an invasive pest. In the last 12 months, Hamilton lost nearly 10,000 trees to the emerald ash borer. A total of more than 22,000 trees will be removed because of it.

The effort comes on top of a private effort spearheaded by citizen scientists to map where air pollution is worst and plant trees there.

Where the money comes from

The charges were initially laid in March 2013 after neigbourhood residents and Environment Hamilton gathered evidence of repeated emissions problems from the Hamilton steelmaker smokestacks. 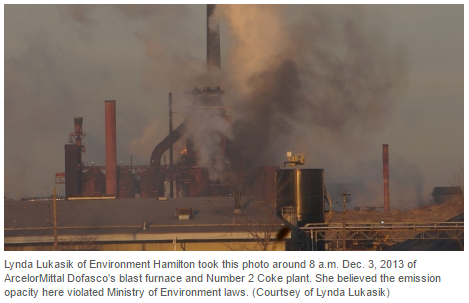 The Ministry of the Environment laid 13 charges against the Hamilton-based steel company in March 2013 for air emission violations at its coke-making plants between April and August 2012. The ministry alleged that the company exceeded visible emissions (opacity) levels set by the province.

The company pleaded guilty to six of the charges and seven were withdrawn.

The fines were transferred to the city. In February, city council approved spending $36,000 from that fund to pay for a farmer at the McQuesten Urban Farm, which formally opened last week.