Air pollution might not get a lot of airtime these days, but it is making your brain age faster, destroying white matter like a neurotoxin, might be a cause of anxiety, is bad for your heart and lungs and causes cancer (especially bad for the lungs of children), and it's now the biggest environmental health risk, killing more people around the world than AIDS and malaria combined.
I think the case is clear: We need cleaner air. 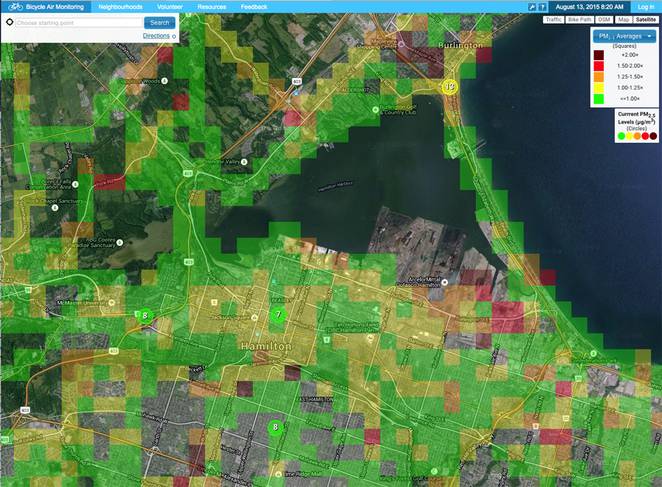 One way to get there is with better data, so that in the short term we can avoid exposure to high levels of pollutants, and in the longer term can better understand the problem and find permanent solutions. This can require putting pressure on various officials and politicians, so it always helps if there's some transparency and people are aware of the problem, rather than having it hidden by lack of hard data.

A Canadian project taking place around Toronto and Hamilton shows how 'citizen science' coupled with modern technology can make a difference. INHALE, which is an acronym for "Initiative for Healthy Air & Local Economies" and is run by Environment Hamilton and Toronto Environmental Alliance, provides the ability for regular people to participate in air quality monitoring in their local area:

While INHALE is so far limited to certain neighborhoods, another pioneering project called Bicycle Air Monitoring covers an even wider area by strapping air quality sensors to the bikes of volunteers. 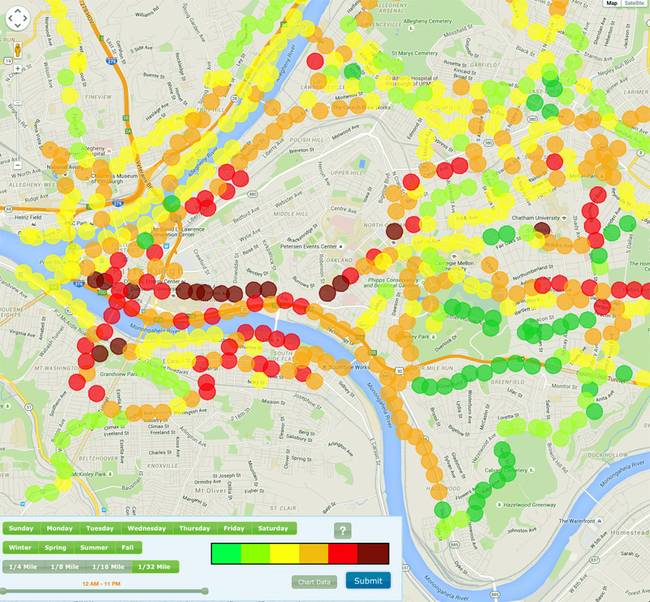 While not perfect, this approach has the potential to paint a much more precise and useful picture of air quality across the area (and in cities around the world, where the same approach could also be used--for example, there's a similar project in operation in Pittsburgh called GASP, or Group Against Smog and Pollution, pictured above), rather than having just a few stationary air monitoring stations, as is currently the case in most places. Air quality can vary a lot depending on where you are, if you live in a really polluted area but the closest air monitoring station isn't nearby, you might be fooled into thinking that you are not exposed to harmful pollutants when in fact you are (or vice versa). 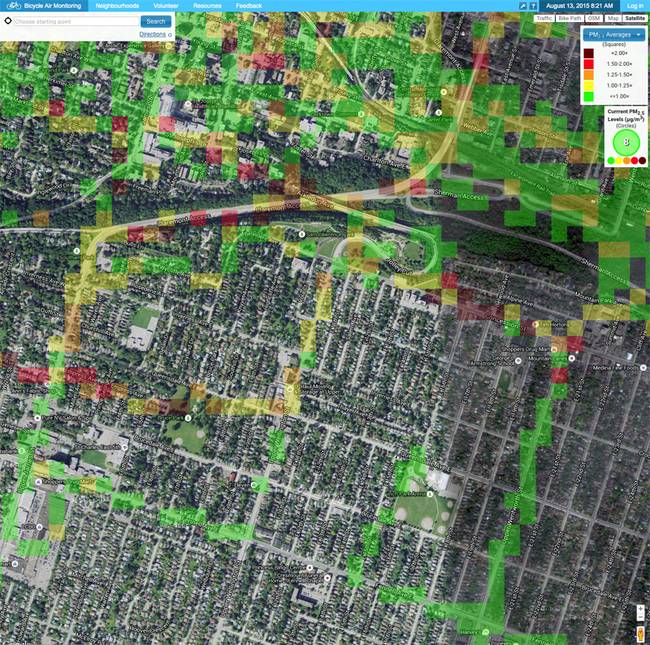 As you can see on the map above, using volunteers means that you get coverage where they go, so not all streets get data at this point. But as more people volunteer and more air quality monitors are hitching rides on bikes and strollers around the city, the coverage should fill out.

If you are in the area and want to do your part, you can sign up to be a volunteer here and be part of this great citizen-science project!

Our air monitors are light weight and mobile, which means you can take one with you on your trips around South Etobicoke, collecting air quality data on the go! All of this data is analyzed by the INHALE Project and used to create the Fresh Air Finder online map!

See the original article at http://www.treehugger.com/natural-sciences/you-can-help-monitor-street-level-air-quality