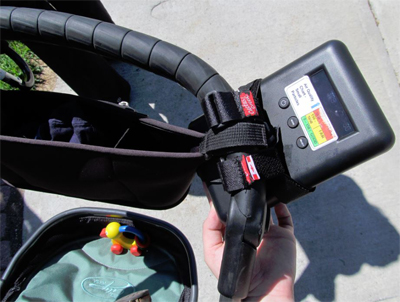 Some of Environment Hamilton's newest volunteers to help map air quality in the city can't even walk yet.

As part of an ongoing effort to gather street level pollution data, some parents are even volunteering to attach air quality monitors to their baby's strollers and head out for a walk.

"When you're mobile, you start to drill down into the neighbourhood level," said Environment Hamilton's executive director Lynda Lukasik.

She hopes this data – coupled with a similar bicycle air quality monitoring project that was launched last year – will help inform the public and drive policy decisions when it comes to health and the environment. 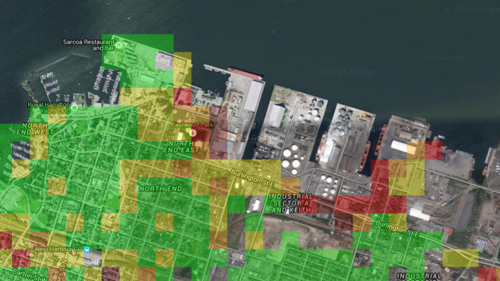 "And there are some areas that really jump out at you that something is going on," Lukasik said. In some cases, air quality is actually better than expected. In others at specific times, it's worse.

There are some limitations to the project. Inhale is confined to the Beasley and Crown Point neighbourhoods, and doesn't span the extent of the city that the bike air monitoring project does.

It also only measures particulate matter – which is linked to cardiovascular and respiratory disease, asthma attacks and acute bronchitis – but misses other important air quality measures. That's because of limitations with available and affordable technology, Lukasik says.

The biggest limitation the project faces is that it can't be scientifically verified in the way that an official air monitoring station can be, as it isn't pulling data at regular intervals. Environment Hamilton is up front about though, and has a disclaimer on the website that the data is intended for "educational purposes only."

But even with those limitations, these tools can be useful to educate people about air quality in their neighbourhoods, Lukasik says – as well as help drive policy decisions at the city level.

As more volunteers contribute to the system, the data grows stronger and could be used to identify areas of the city that might benefit from increased tree planting or to help with the argument for two-way street conversions, Lukasik says.

See the original article at http://www.cbc.ca/news/canada/hamilton/news