Hamilton's first "Pollution Crawl" brought about 30 people out to Burlington Street on Sunday morning to learn about what's in and on the city's air, water and land.

What's in the air?

"Not only the water and the soil is polluted, but the politics is polluted sometimes."- Jim Howlett, longtime Hamilton environmental activist

Lynda Lukasic welcomed about 30 attendees to a Pollution Crawl along Hamilton's industrial core on Sunday morning. She and others carried particulate monitors, which Lukasic's organization, Environment Hamilton, uses to measure Hamilton's air quality.

Lukasic talked about the "amazing potential" that the industrial parts of the city has. 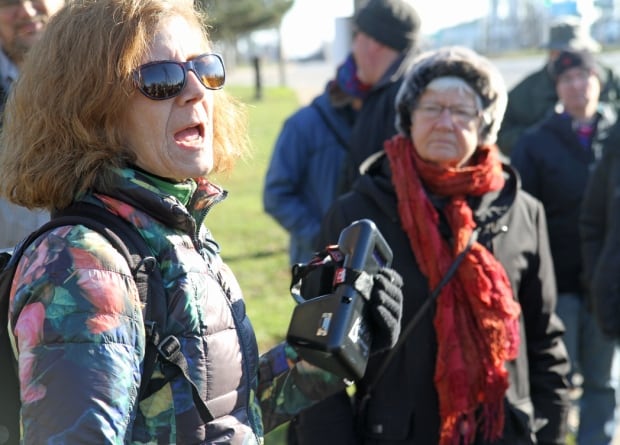 Jim Howlett has been a longtime environmental activist on the beach strip and was chair of the Hamilton Conservation Authority for 17 years until this summer. He's attended decades of meetings about Randle Reef and Sherman Inlet, which he called a "hidden gem" as the tour stopped there.

He told a story of following a truck into the inlet once, only to find it dumping a substance that left an oily rainbow on top of the water. 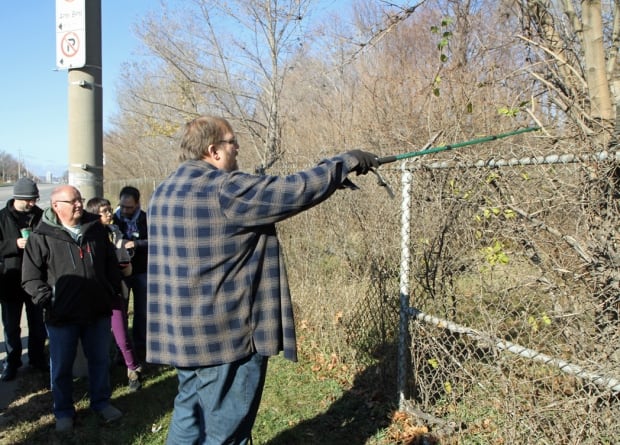 Though it's been the port's plan and promise since the mid-1990s to develop Sherman Inlet in a similar vein to Bayfront Park, Howlett said, little has happened.

In Hamilton, "not only the water and the soil is polluted, but the politics is polluted sometimes," he said.

"The whole concept of Sherman Inlet becoming a revitalized community place" has fallen by the wayside while Randle Reef gets developed, Howlett said.

"The wildlife are waiting to get some of this back," Howlett said, "and they're not waiting too well sometimes."

Participants passed around photos of what Sherman Inlet looked like a century ago. 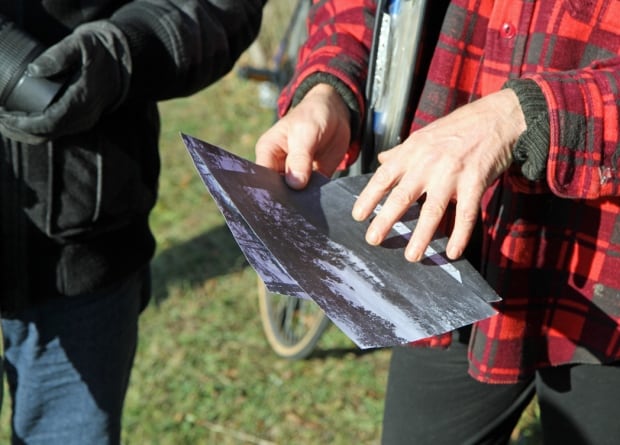 "Once that project is further along, we will look for a way forward on the Sherman Inlet that addresses up-to-date factors of security, environmental protection, community interest and cost," said Larissa Fenn, a port spokeswoman.

Across the street from U.S. Steel Canada, Coun. Matthew Green spoke about a proposed waste-to-energy gasification plant, which he opposes.

The project's developer, Port Fuels, says the plant is high-tech, will create jobs and generate little pollution, and is already working through an intense environmental screening process with the province. But city councillors, public health officials and some activists worry about the image and health impacts the plant would have on Hamilton and have asked the province to give the plant a more rigorous review. 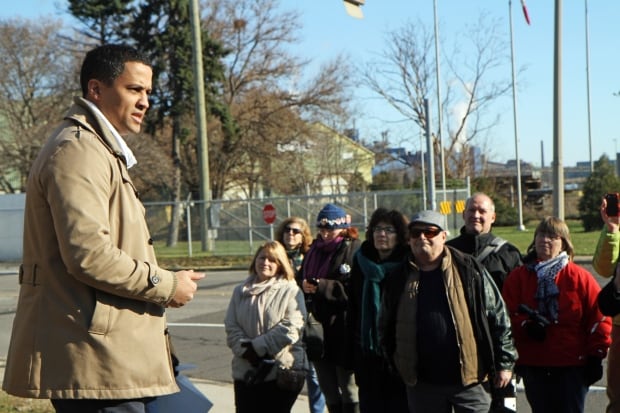 That shift referred to the environmental remediation ahead for Hamilton on former Stelco, then U.S. Steel, lands, as well as the social burden to shoudler for retirees who find themselves without their pension benefits while the company restructures.

The tour crossed Burlington Street and stopped in front of the Air Liquide plant, which is across the street from several residential homes. Organizers played on that juxtaposition to talk about the fact that much of Hamilton's industrial lands are right next door to residential properties.

Sandra Ingertsa lives on K Street and showed photos of the dust that collects on her house's windowsills and exterior. 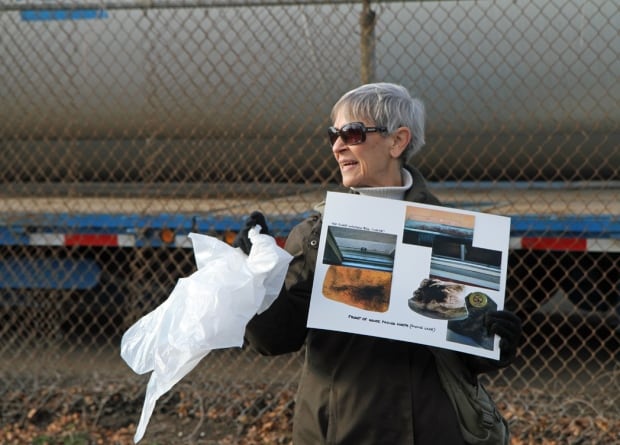 What the Port says

Not all of the sites visited and stories told on the crawl were on Hamilton Port Authority lands. But catching wind of the event, Hamilton Port Authority issued a statement to media highlighting several waste mitigation, energy reduction and habitat restoration initiatives the port has undertaken under an environmental stewardship aim.

The port is part of the Hamilton Harbour Remedial Action Plan (RAP), said spokeswoman Larissa Fenn, as well as the Randle Reef project listed above. There are strict rules and monitoring for tenants, and it and some of its tenant businesses participate in an initiative that holds them to higher standards than just what's regulated, she said.

"HPA's mandate is to operate a commercial port, and that means attracting and supporting industrial uses," Fenn said.  "We need to maintain our harbour industrial lands for the kinds of activities that create good jobs, attract investment, and relieve pressure on the residential tax base."

See the original article at http://www.cbc.ca/news/canada/hamilton/news/pollution-crawl-tour-hits-hamilton-environmental-hotspots-1.3342710