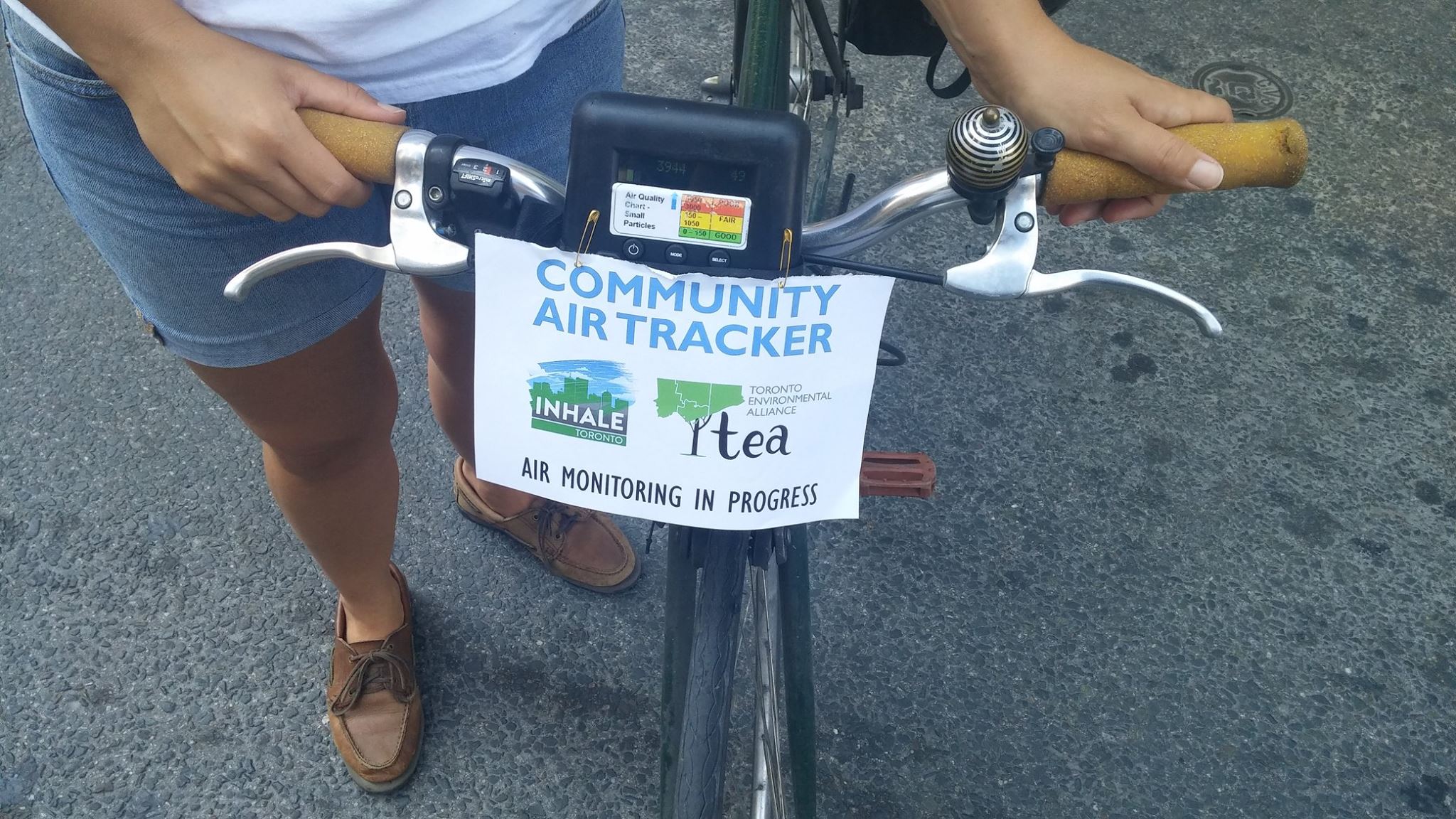 The Toronto Environmental Alliance is seeking more “citizen scientists” to help them monitor air pollution in the city.

TEA’s Inhale project puts air monitoring equipment into the hands of everyday Torontonians. By carrying the monitors with them—or attaching them to bicycles—volunteers help track air quality in their neighborhoods.

The findings are then charted on an online map at inhalemap.com.

Air pollution, also known as particulate matter, is linked to the number of health problems, including respiratory illnesses and cancer.

While air quality is tracked at the macro level, Marshall say there’s little information about how much particulate matter is present locally, from neighborhood or even street by street.

Marshall said TEA’s equipment can pick up air pollution spikes from sources ranging from construction sites to idling cars, and even groups of people smoking.

The program started two years ago, but TEA is looking for more volunteers to help chart new areas of the city.

Volunteer Diana Kouril has been monitoring the air in her CityPlace neighborhood since May. She says seeing the patterns near her home has changed her perception of pollution.

“I often would think about car pollution as being a top reason for smog and poor air quality in the Toronto,” she said. “But when I would bike around construction sites I was surprised to see spikes in air quality readings.”

Marshall says the data will be used to make suggestions to the city for addressing air pollution, including investing in public transit or reducing the amount of dust created by construction.

Interested volunteers are required to take a 45-minute training course. More information can be found at inhaleproject.ca.

As originally appeared on page 6 of the September 19, 2016 issue of the Toronto Metro News.