On Sunday September 18th, the INHALE Project was at Open Streets Toronto measuring the air quality along Yonge and Bloor Street which had been closed off for the day.

The purpose of Open Streets is to do just that: open the streets to people and close them to cars. One of the goals is to encourage physical activity, so this meant a day of biking, running, playing, walking and even dancing up and down the middle of Yonge Street, Bloor Street and Danforth Avenue.

This was the third year of opening the streets in Toronto, and the second Open Streets day in 2016.  Because of hard work from Toronto City Councillor Kristyn Wong-Tam, 8 80 Cities, Sports Focused Consulting, Senayah Design and CicTOvia, Open Streets TO had it’s launch in 2014. 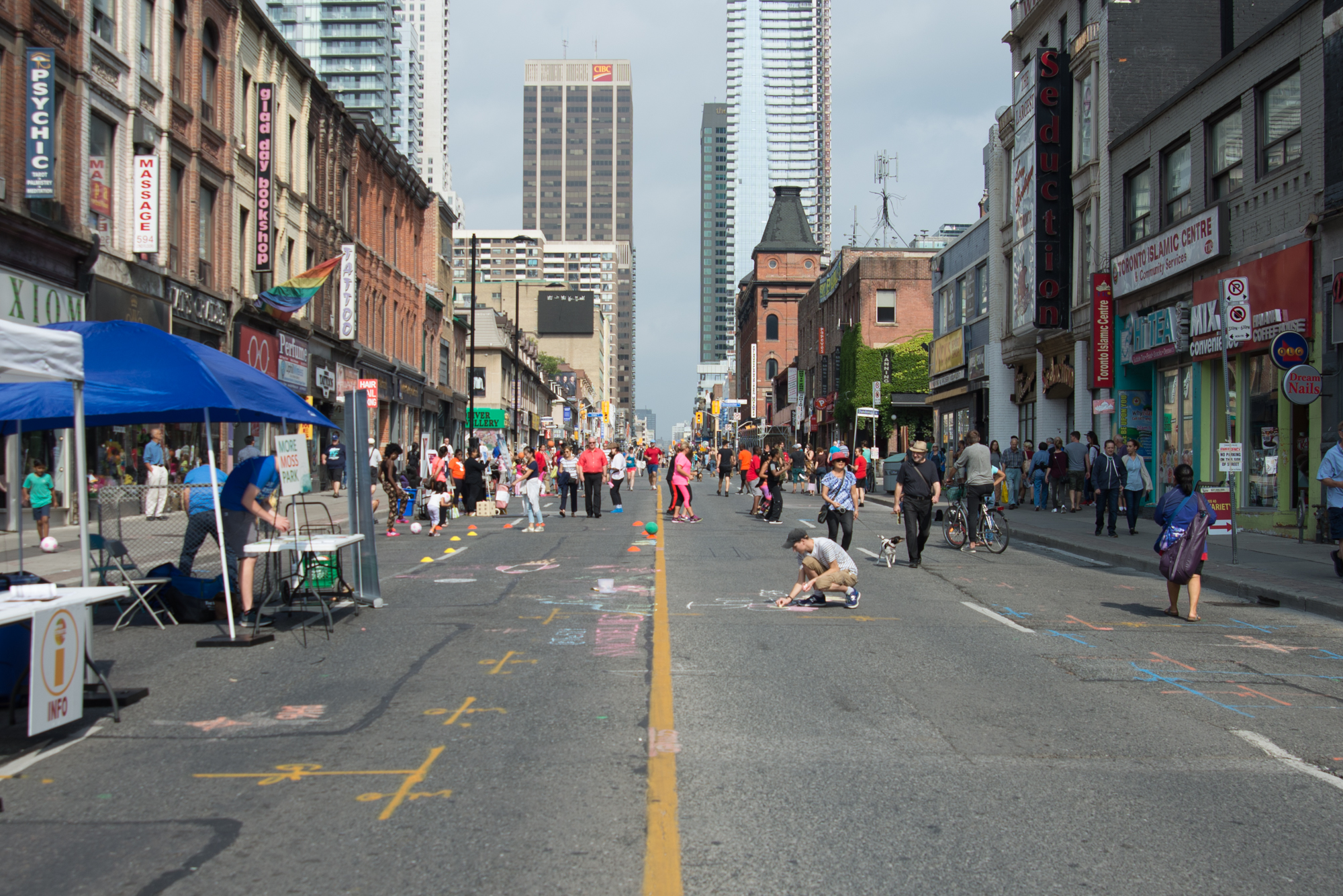 There were activities like dancing, games and chalk drawing but there were also a lot of people out simply appreciating the day biking, jogging or enjoying a stroll with their dog!

And the INHALE Project was there to monitor! 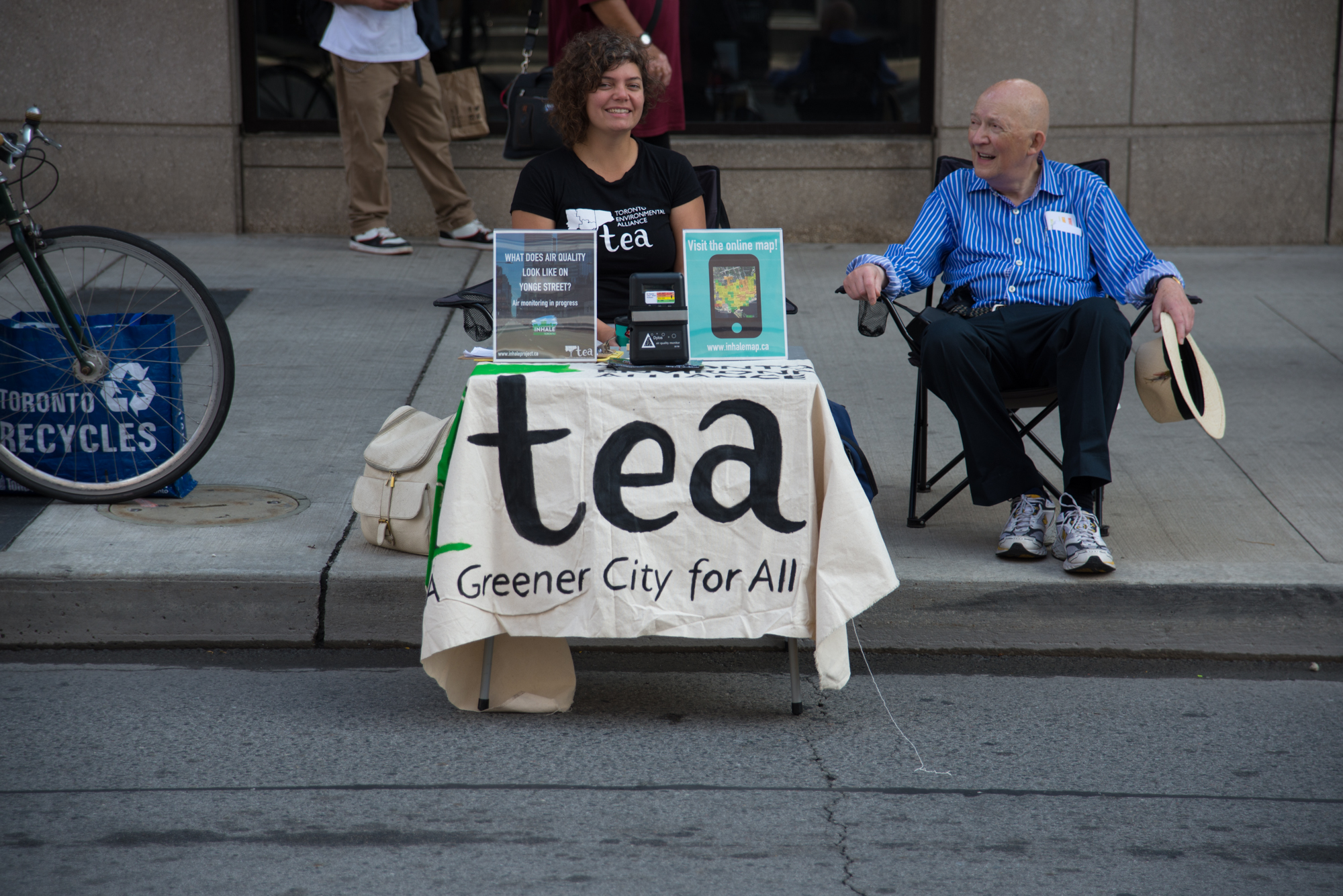 The goal is to see how the lack of traffic would affect the air quality in the area. 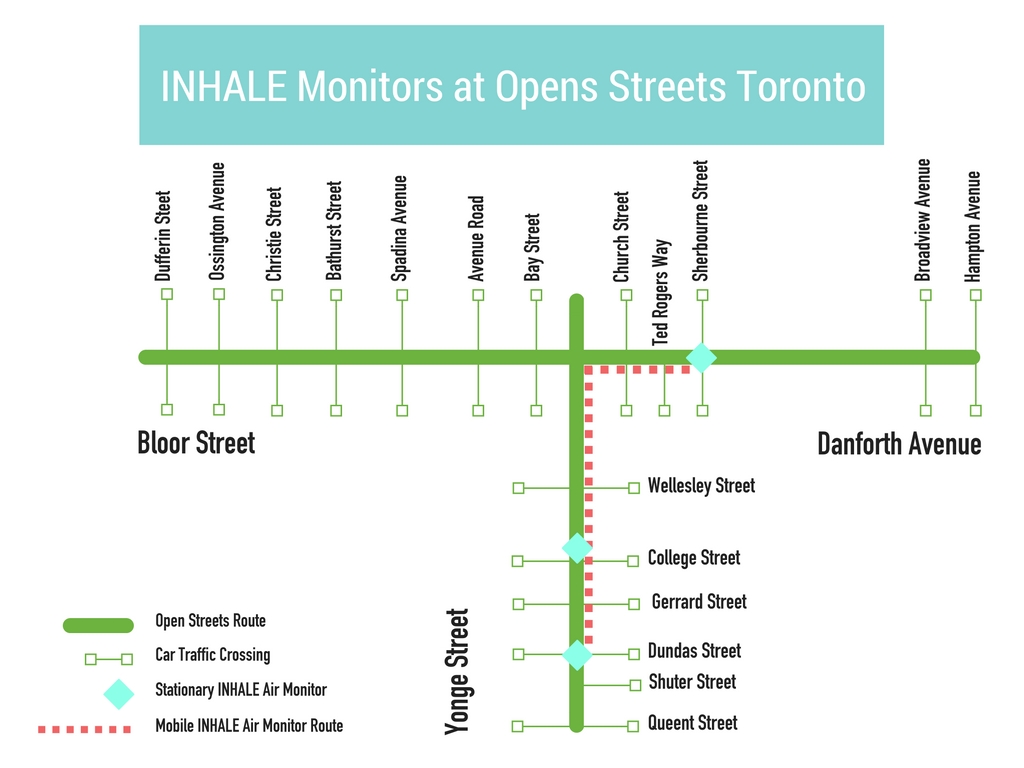 We had four air monitors collecting data over the course of the 4 hours the streets were closed off to cars. Three were stationary, placed at different points along the route.

The first was placed at Yonge and Dundas Street. 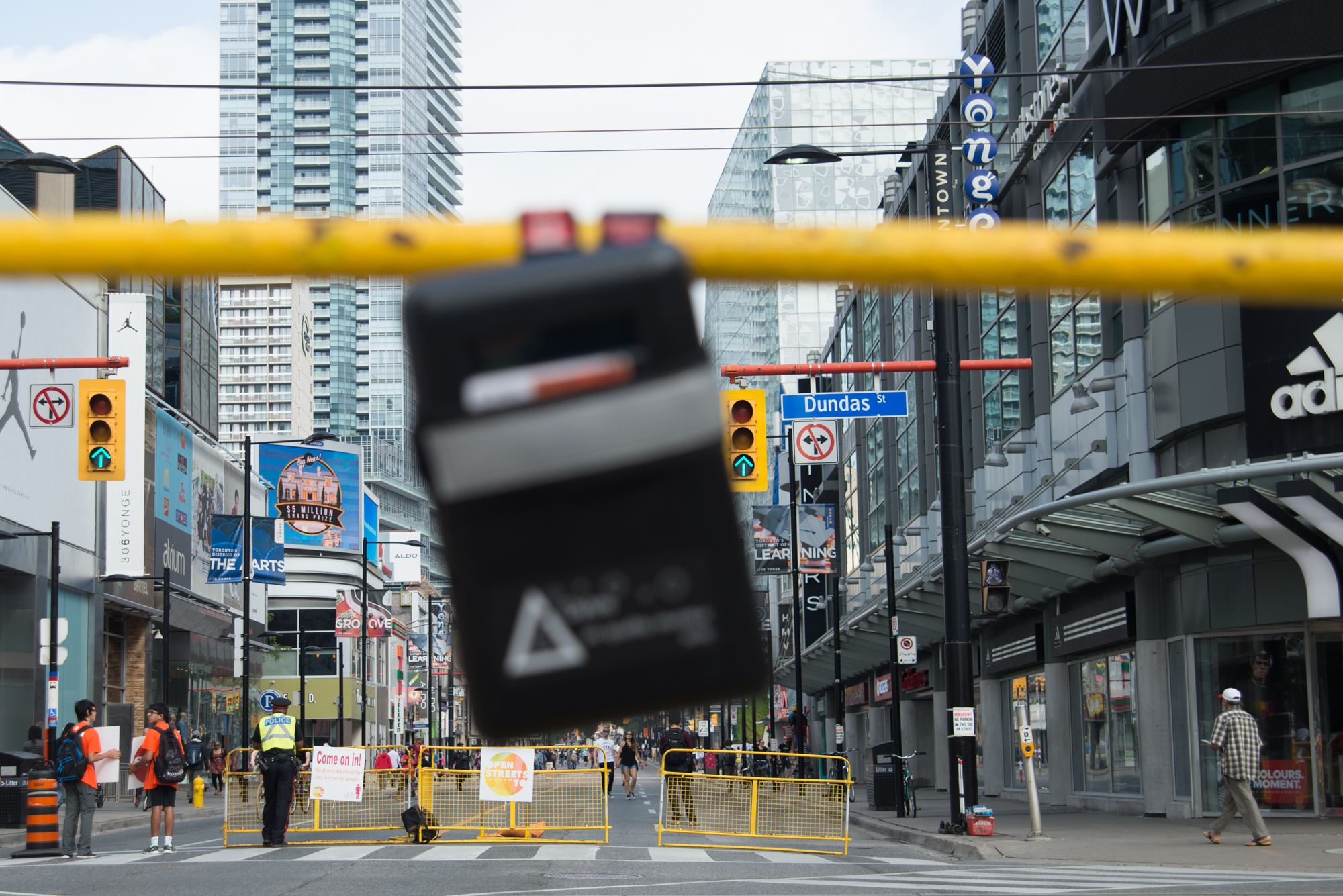 The second was located at Yonge and Alexander Street along with our table. 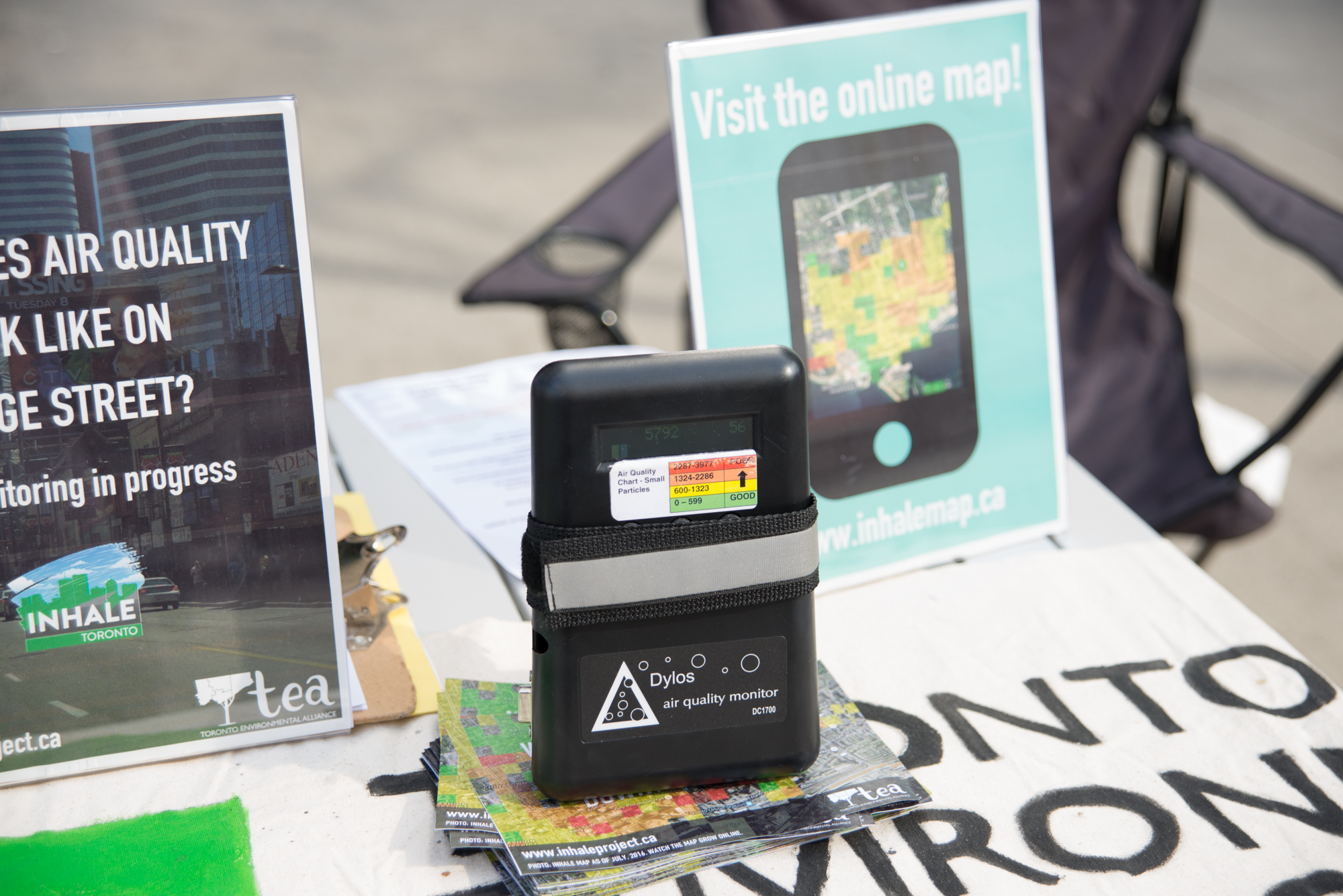 The third was located along the barricade at Sherbourne and Bloor Street. 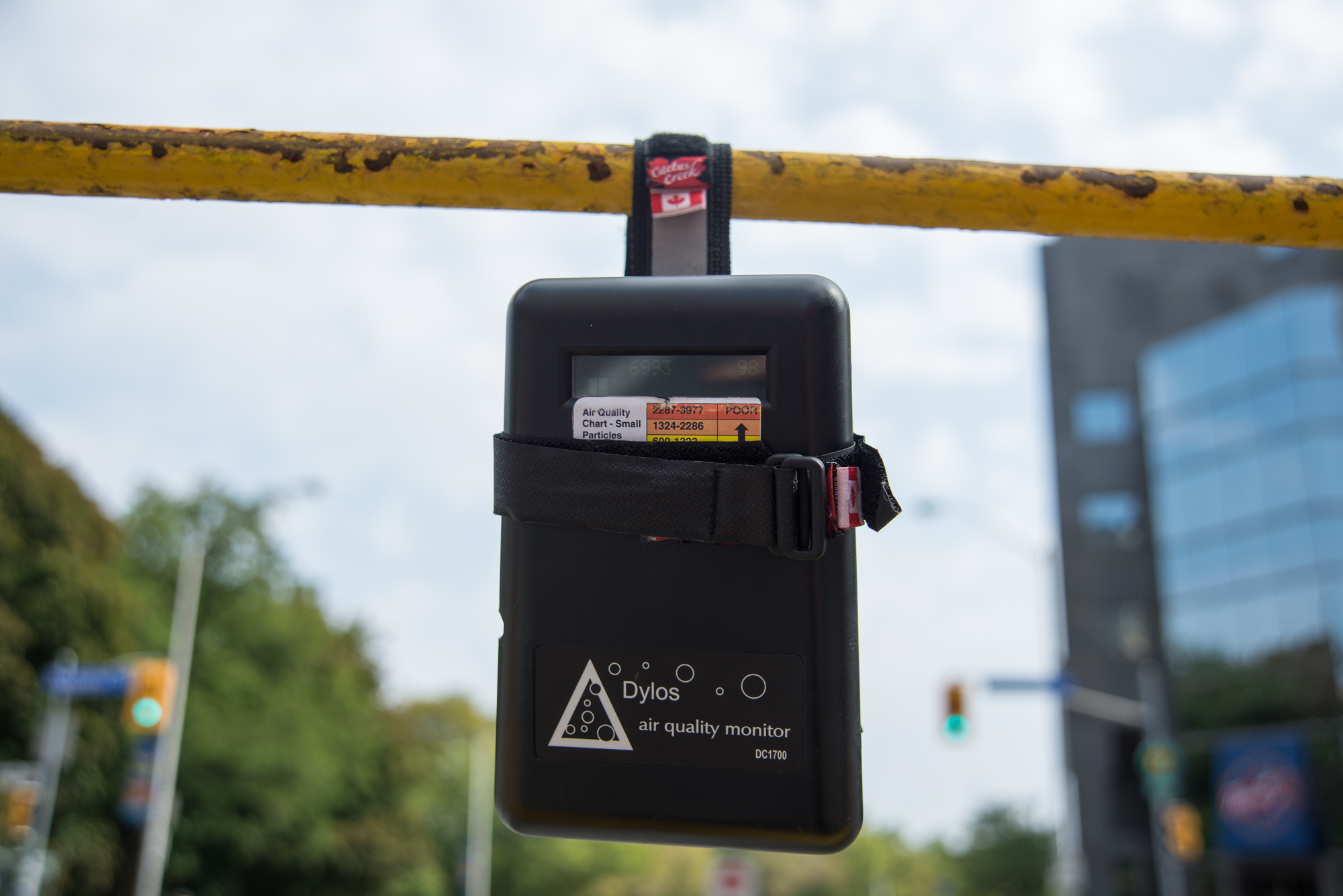 The fourth was with our mobile monitoring volunteer, Robert! 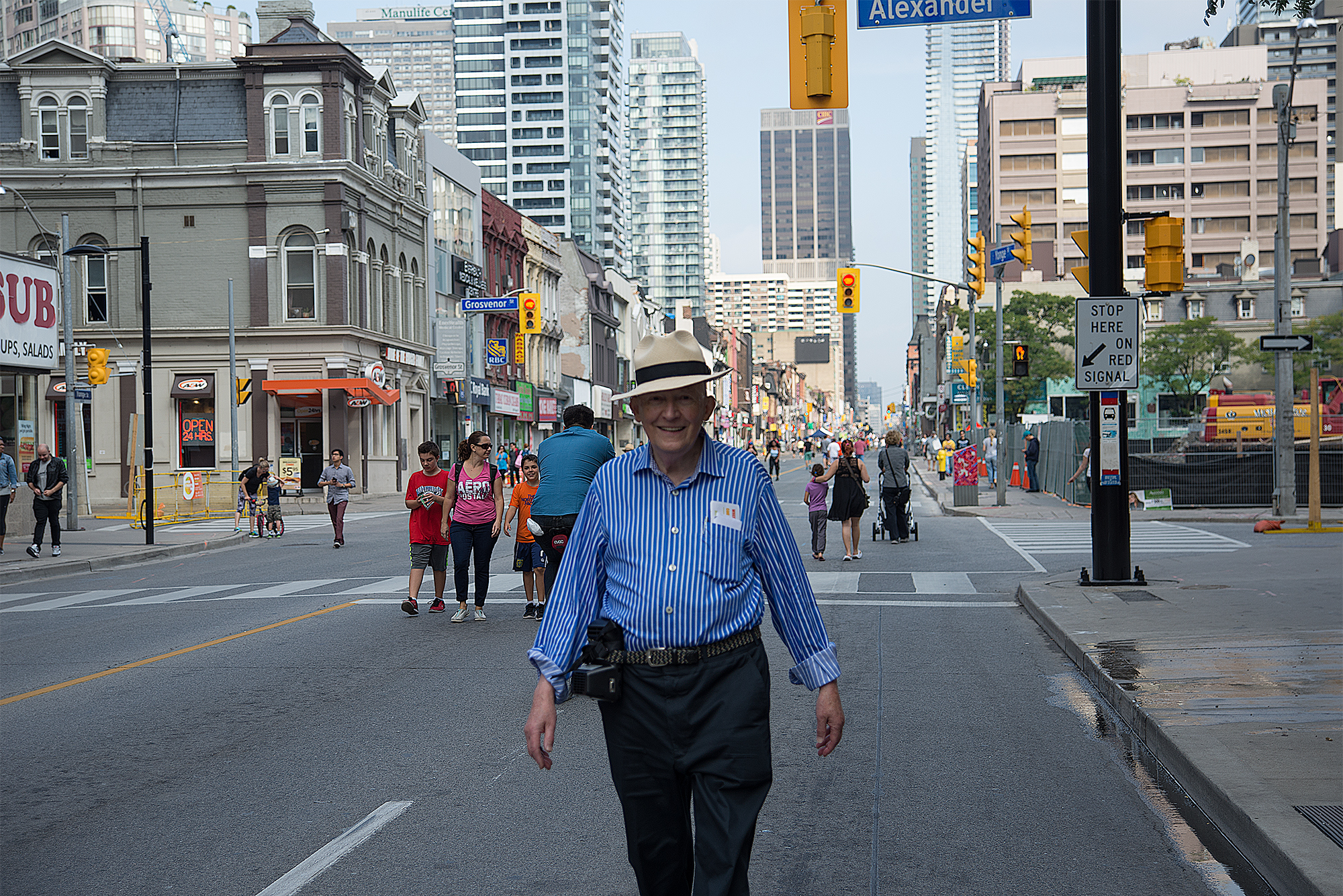 It was a hot, surprisingly humid day but that didn’t stop our Community Air Tracker!

Robert has been a Community Air Tracker with TEA and the INHALE Project since June so this wasn’t his first time taking out the monitor. He says that it’s a great way for him to stay active and he likes knowing the air quality readings in his neighborhood. 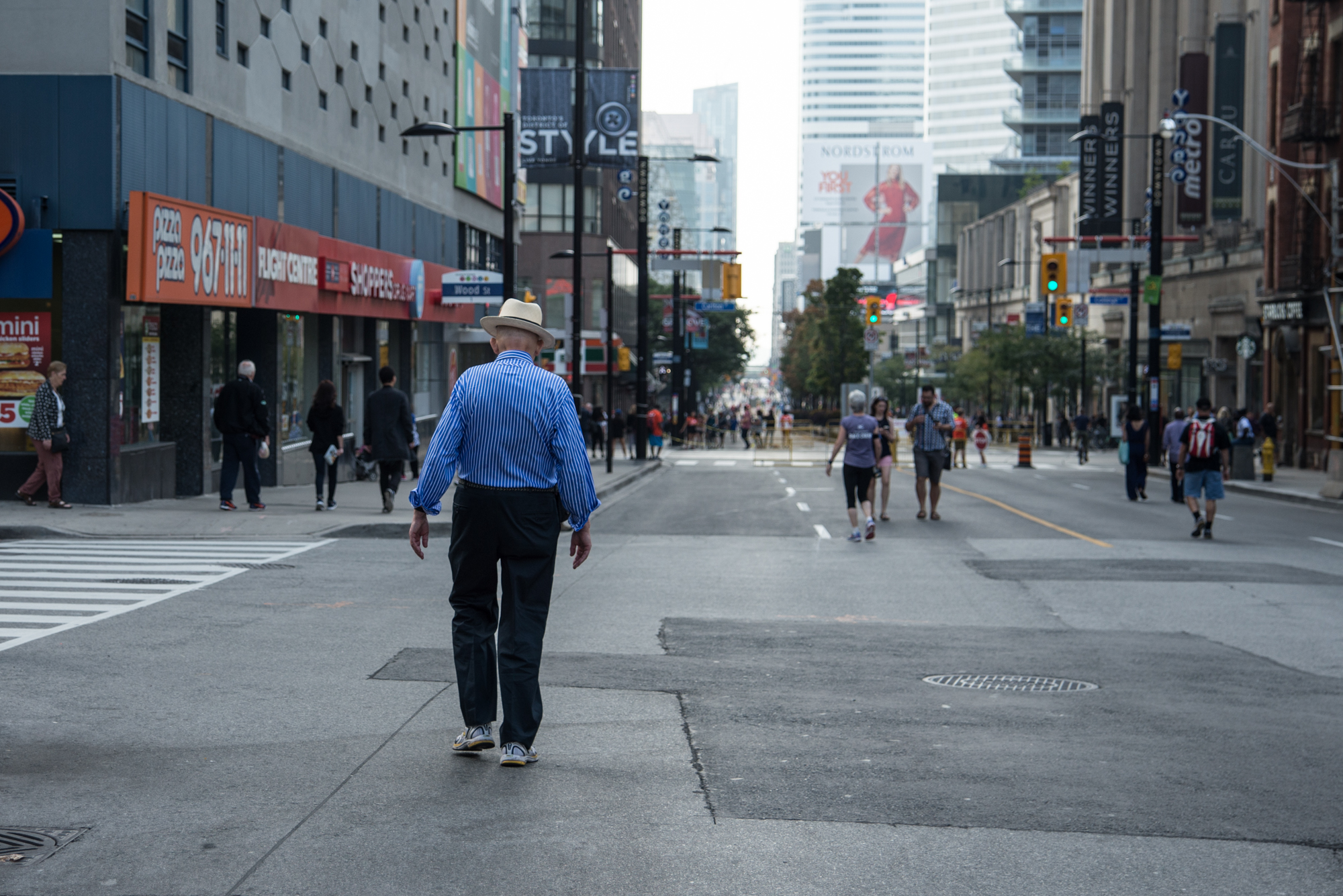 Robert kept the air monitor strapped to his hip as he was walked the open streets.

Everyone including Robert seemed to be enjoying the day despite the heat and humidity, taking full advantage of the car-free streets. 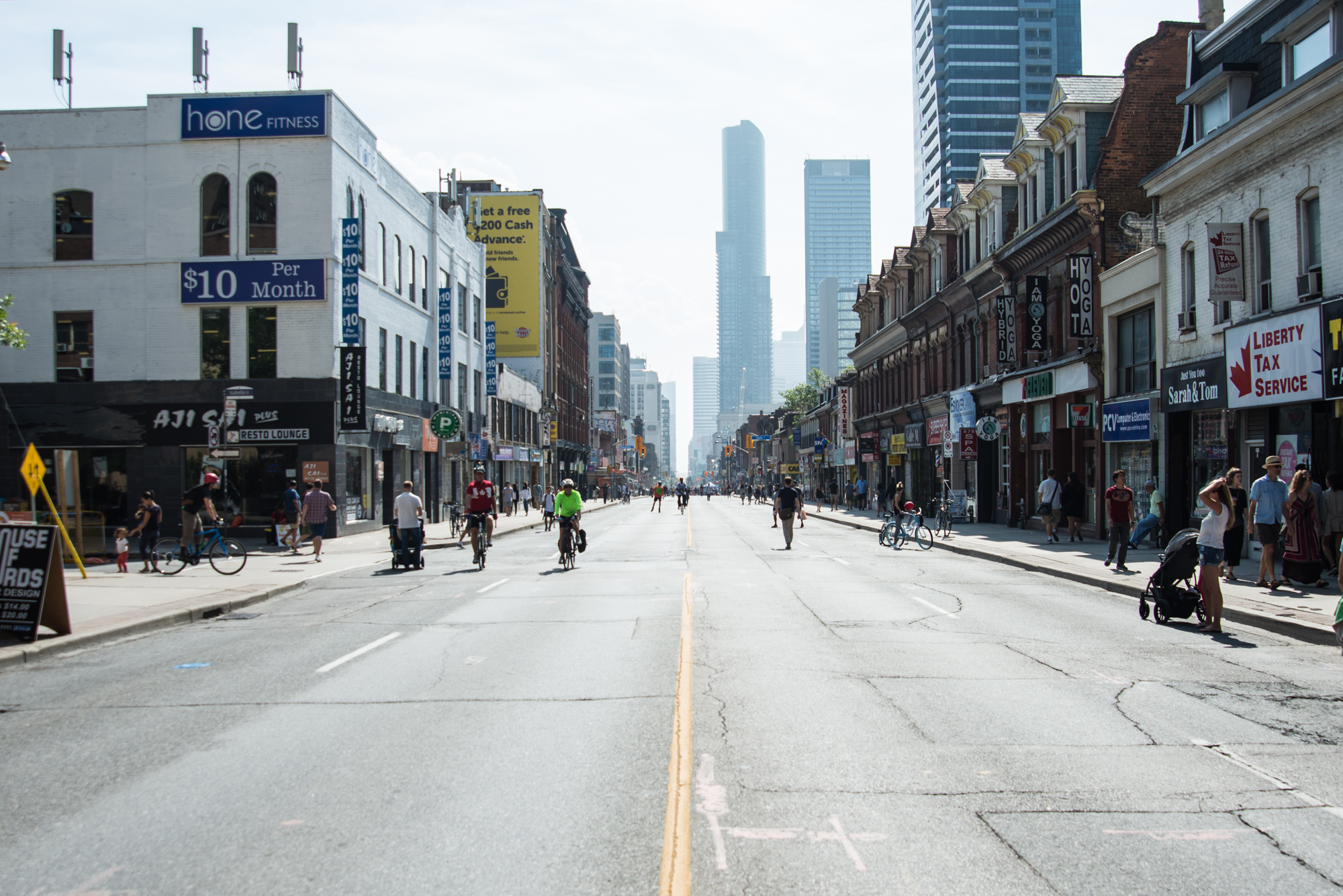 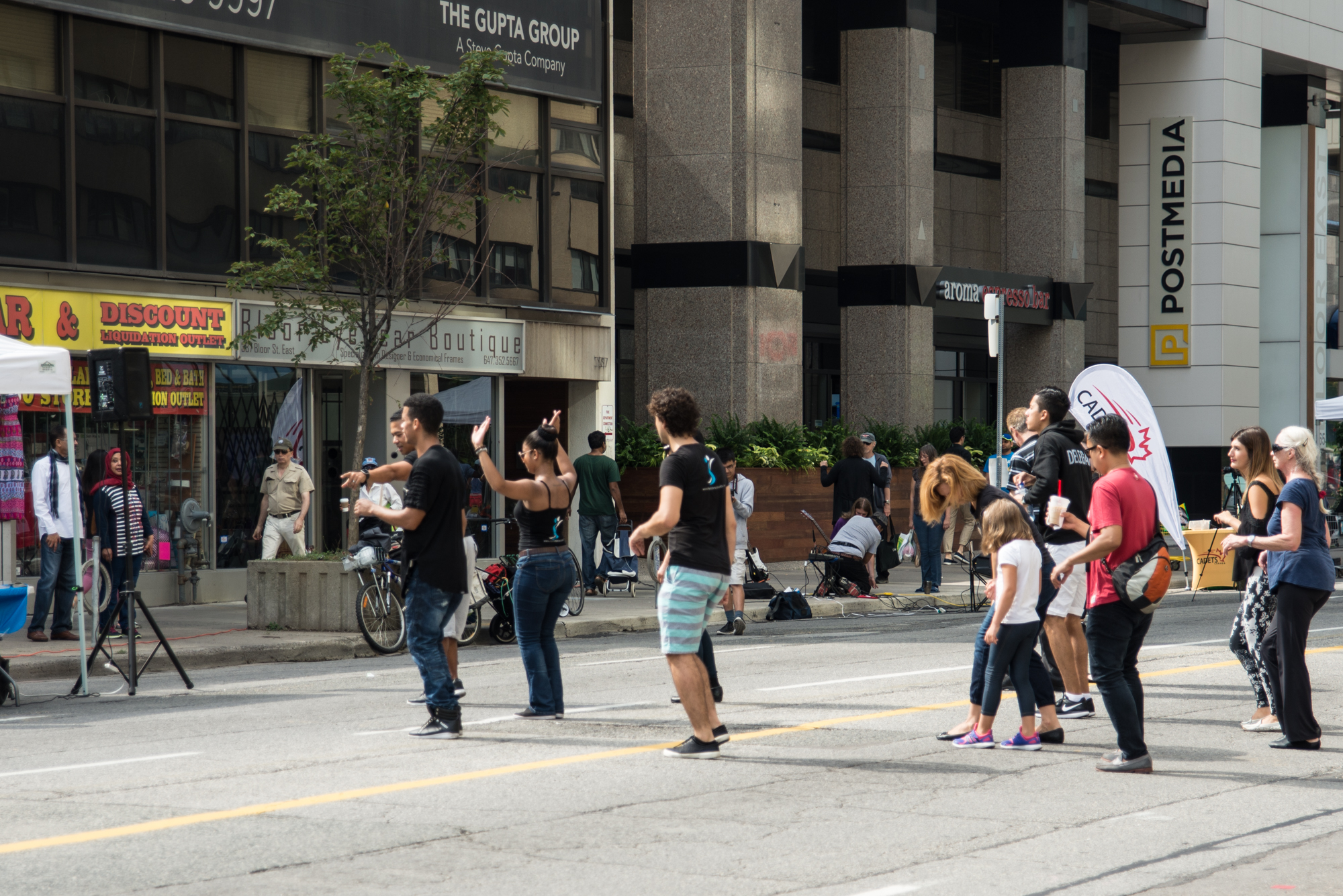 Dancing in the Streets!

We’ll be sharing the results once we’ve analyzed the data, in the meantime, you can continue to see the air quality in Toronto with the INHALE map.