Citizen scientists to map pollution and where more trees are needed 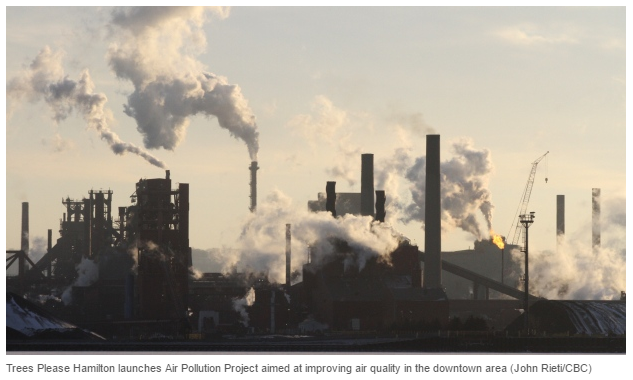 The unique project will look to create air quality improvements at a very local level.

It will use neighbourhood volunteers to measure air pollution and assess the health and number of trees in their own local areas and combine that data to decide on priority locations for tree planting.

The Hamilton Naturalists' Club and Environment Hamilton have teamed-up for the next three years – their goal - to improve air quality in six lower city neighbourhoods.  They'll spend $345,000 to get the job done. 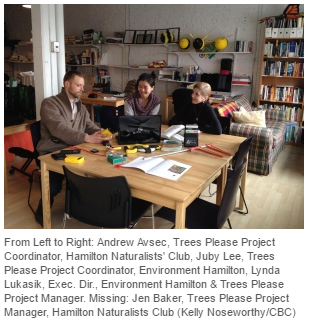 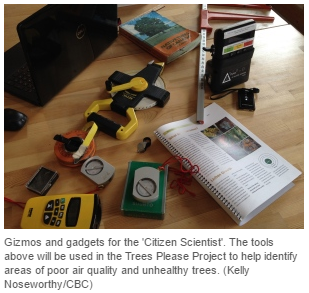 "We saw there was a need to improve the health of the urban forest in the city, the partnership seemed like a win-win for everyone."- Jen Baker, Land Trust Manager at Hamilton Naturalists' Club

"Hamilton is one of the only municipalities in Ontario that doesn't have an urban forest strategy," said Jen Baker, Land Trust Manager at Hamilton Naturalists' Club.  "We saw there was a need to improve the health of the urban forest in the city, the partnership seemed like a win-win for everyone."

You don't have to be a science-buff to volunteer. Mobile air monitoring equipment allows people to measure particulate pollution at street level and the data can be mapped by pairing the equipment with GPS technology.

The first phase of the project is aimed at Hamilton's Beasley Neighbourhood and the Beach Strip area. 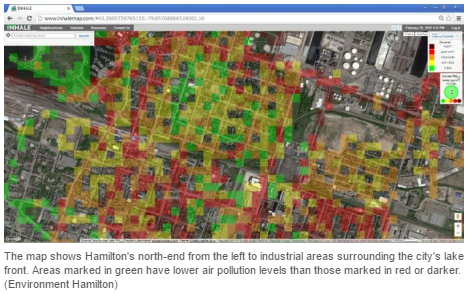 "The more trees you have in the community the better you can mitigate the particulates of air pollution."- Lynda Lukasik, Executive Director, Environment Hamilton

"We know both of these neighbourhoods could benefit from more trees," said Lynda Lukasik, Executive Director at Environment Hamilton.

That's because they're known to have problems with air quality. The Beach Strip has a mix of industrial and transportation emissions while the Beasley neighbourhood has higher amounts of vehicle pollution.

"The project focuses on providing hands-on solutions for neighbourhoods to help fix the issues identified by the environmental monitoring they undertake," Lukasik told CBC.

Volunteers of the program will be able to get their hands dirty – literally.  As part of getting involved, they'll learn how to grow and plant native trees, shrubs and plants along with discovering simple ways to reduce personal impacts on air quality.

"The more trees you have in the community the better you can mitigate the particulates of air pollution," said Lukasik.

We know trees clean the air, support wildlife and conserve water.  We're fortunate in Hamilton to have a rich blend of trees species.  According to experts at the Naturalists' Club, the area from Cootes to the Escarpment Eco-park has more tree species when compared to Algonquin Park.

"Hamilton is located in the biodiversity hot spot of Ontario and has the climate to support the widest range of native tree species afforded to Ontario," said Andrew Avsec, project coordinator of the Trees Please project.

"We're already getting requests that people want to get a tree," Baker said. "We haven't advertised anything yet."

Each selected community will be monitored throughout the program. The idea being that the citizen scientists' become the stewards of each newly planted tree, watching for differences in air pollution levels.

"It will be interesting to see any improvements in year three of the program," Lukasik noted.

The four remaining communities will be identified later this year. A small planting is scheduled for the spring with larger plantings happening in the fall.

As originally published in: http://www.cbc.ca/news/canada/hamilton/news/citizen-scientists-to-map-pollution-and-where-more-trees-are-needed-1.3469710